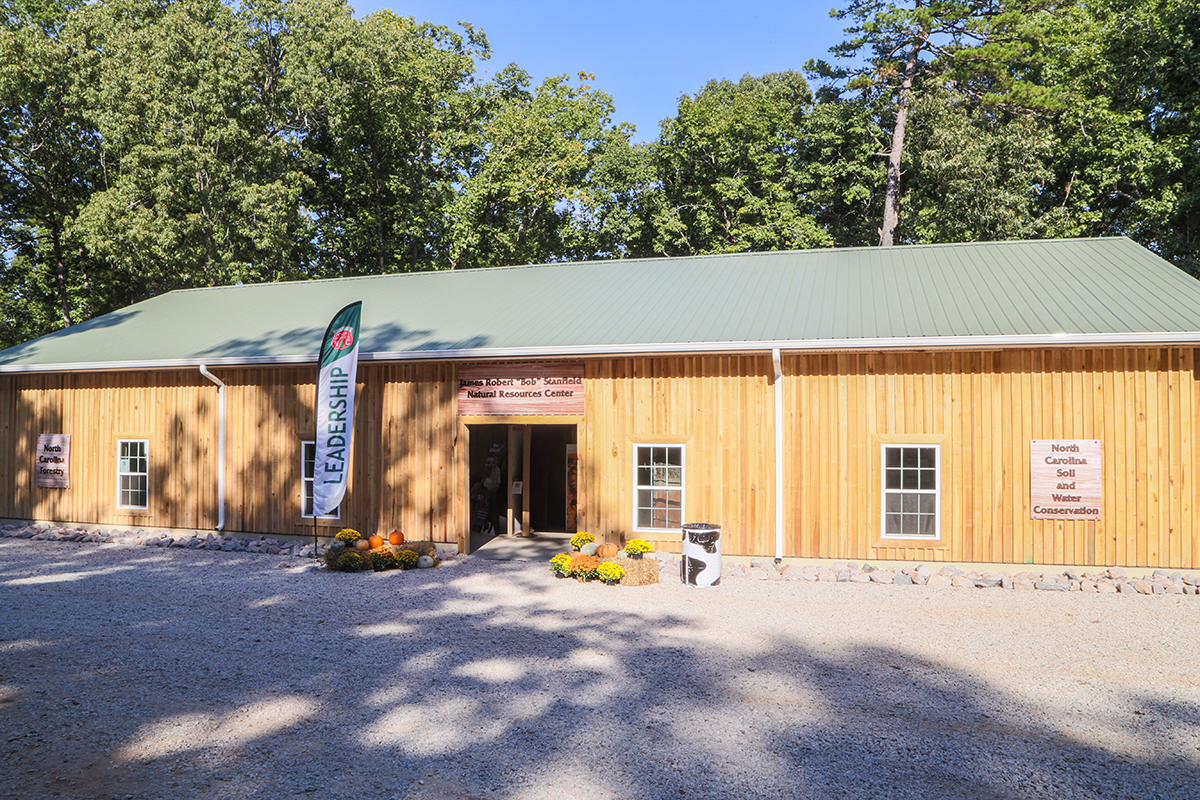 The James Robert "Bob" Stanfield Natural Resources Center is a new addition to the N.C. Forest Service and N.C. Soil and Water Conservation exhibit area located just inside Gate 6 at the N.C. State Fairgrounds in Raleigh.

This building has been designed to showcase the diversity of North Carolina’s native tree species. The exterior is clad with yellow-poplar boards, and the interior wood panels represent nearly 30 tree species found throughout the Coastal Plain, Piedmont and Mountain regions of the “Old North State.” We greatly appreciate the members of North Carolina’s forestry community who donated and/or processed this wood for all to enjoy.